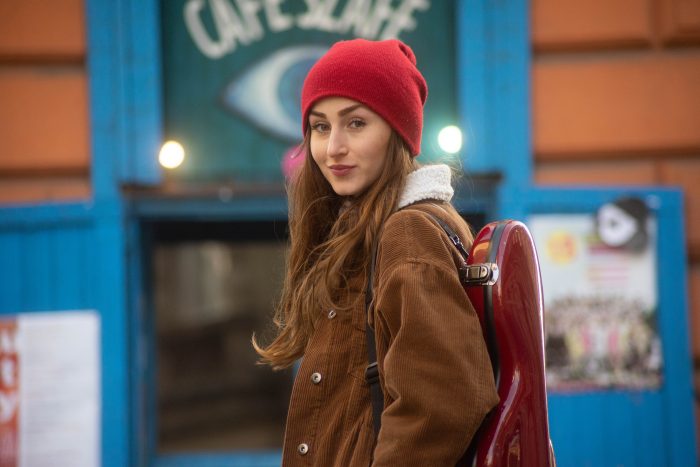 In demand as a soloist, Gabriela has performed with Polish National Radio Symphony Orchestra in Katowice, Southbank Sinfonia in Cadogan Hall, London, Warsaw Players, Podkarpacka Philharmonic Orchestra and Przemysl Chamber Orchestra. As a result of Debut with Orchestra competition she performed Glasunov Violin Concerto with Maestro Jerzy Maksymiuk. She is a prizewinner of Young Paganini International Violin Competition.

Over the past years Gabriela has approached music education from both a theoretical and practical point of view. During her time at the Guildhall School of Music and Drama, she attended the Teaching Skills Course. In 2016, being a member of Southbank Sinfonia enabled her to gain experience working with children, mentoring young musicians at Glyndebourne, Vaughan Memorial School and Thomas’s Battersea School. She has also graduated from Pedagogical Studies at Academy of Music in Cracow (2014), which included Psychology, Pedagogy, Didactics, Voice Projection, Violin Teaching Methods and Internship at Music School as a Violin Teacher.

Among her recent teaching experiences, in August 2019, she gave masterclasses at the Krzysztof Penderecki European Centre for Music, working with musicians of the Penderecki Youth Orchestra. During the same period, she taught musicians of the NOR59 Strykeinstitutt Orchestra in Oslo. Since 2018 she has been tutoring violin students at the Warsaw Chopin University of Music as a part of her doctoral studies Recently has been selected to be an Ambassador with the Benedetti Foundation in London.

Gabriela is an enthusiastic player of chamber music. Her experience includes many projects such as Southbank Sinfonia Quartet at Royal Opera House in London, recordings for BBC Radio 3, films and documentaries. Member of London Contemporary Voices.