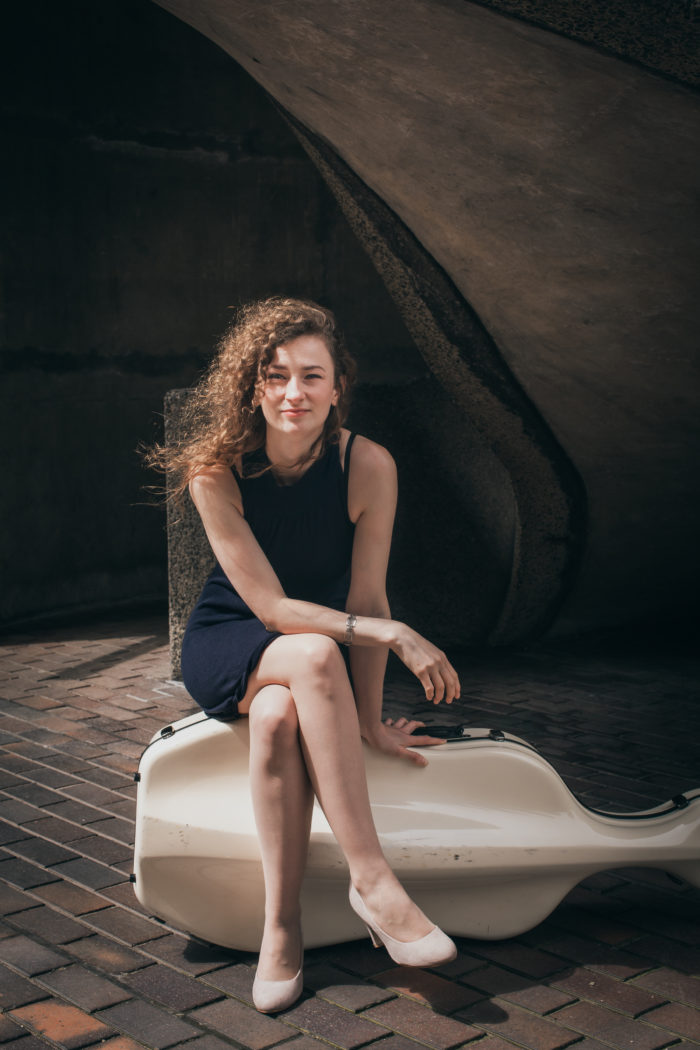 Polish-born cellist Joanna Gutowska made her debut as a soloist performing Goltermann’s Cello Concerto in G-major at the age of 12 and has since appeared in concerts and festivals around the world as a concerto soloist, recitalist and chamber musician.

As a soloist she has performed in many renowned festivals in Europe and Asia such as Presteigne Festival, International Festivals Mikolaj Gorecki, Concert Hall of National Library in Beijing, Krzysztof Penderecki’s Emanacje, Piano Festival at the Royal Academy of Music, Snape Matings Festival, Music in Old Cracow and others. She has given numerous concerts and recitals around the world, cooperating with institutions such as the Royal Academy of Music, the MuseumsQuartier Wien, Chateâu de Versailles, St John’s Smith Square, St Martin in the Fields, as well as BBC Radio 3, Classic FM and others. In demand as a soloist, Joanna has performed with Polish National Radio Symphony Orchestra in Katowice, Silesian Philharmonic in Jelenia Gora, Zielona Gora Philharmonic, Bushey  Sumphony Orchestra and Zabrze Philharmonic. As a result of Debut with Orchestra competition she performed Rococo Variations with Maestro Tadeusz Wojciechowski in Cracow Philharmony.

Joanna is also very committed to chamber music: she is a founding member of the award-winning Bukolika Piano Trio, with whom she has performed in major venues in the UK (including Wigmore Hall, St John’s Smith Square and St Martin-in-the Fields) as well as leading concert halls around Europe.

She has been awarded a full scholarship to study at the Royal Academy of Music in London from where she graduated with distinction. Her curiosity and passion for contemporary art led her to a research on Kaija Saariaho’s music. In 2020 she obtained a Ph.D. degree with the thesis Kaija Saariaho’s cello works as an example of new qualities of sound and expression at the K. Penderecki Academy of Music in Kraków.

With a broad range of repertoire, her musical specialisms encompass works from the standard repertoire alongside lesser known pieces. In her recitals she often includes new works, many of them written especially for her and dedicated to her. Her most recent performances included “Poems” for cello solo by Manos Charalabopoulos, which was commissioned for her by the Royal Philharmonic Society and won the Ivan Juritz Prize.

Joanna is a highly demanded teacher, and holds a position as an assistant professor at the Academy of Music Krakow in addition to her ever-expanding class of private cello students across London.

Currenly she is Friends of St Mildred’s Artist in Residence. Joanna plays on a cello by Pawel Migiel.